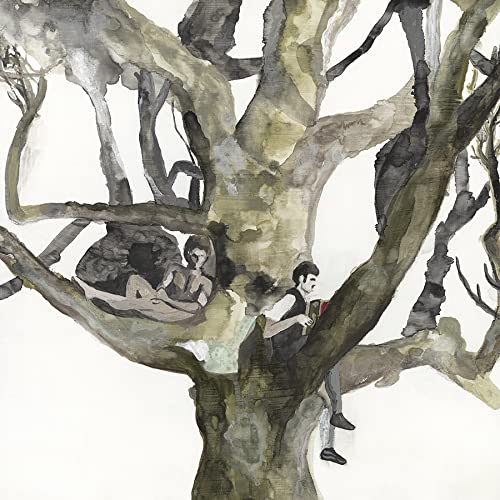 Dan Bejar is equally prolific as he is enigmatic.  His kind of solo, kind of band project, Destroyer, has been around for ages, but really started gaining steam with his 2011 release, Kaputt, wherein he found himself writing synthy art-pop songs.  While each record has been slightly different, this has been his shimmery motif for the past decade. Labyrnthitis, Destroyers latest album, shows Bejar and crew continue to gracefully dance on the line between genius and pompous.

Bejar's lyrics have always been something of a chore.  They range from brilliant and esoteric to pretty darned pretentious; often depending on the listeners mood. Lengthy soliloquies that may be poetic, or may be rambling...we aren't quite sure.  Like their other records, Labrynthitis has beautiful and reflective couplets buried under a bed of grandiosity. Also like other Destroyer records, the overarching lyrics are inconsequential, as Bejar's delivery is what packs the biggest punch.

Musically, this definitely Destroyer's most atmospheric record to date. Labrynthitis is submerged in lush washes of synths and guitar; twilight soundscapes when paired with Bejar's accented monotones.  Labrynthitis is a deluge of 80's nostalgia, but with more soothing energy than danceable intensity.  A very tranquil effort on Bejar's part, and sonically the easiest Destroyer record to crawl inside for warmth.

There are a couple of juxtaposing moods on Labrynthitis, but they both help create the overall aesthetic.  Some of the songs are snappy and upbeat, with synthy drops that surge with new-day optimism.   There are also (slightly) slower and more cerebral numbers that really part the clouds.  These songs aren't necessarily more somber, but just have a little more room to breathe. Obviously the more dialed-down songs are more expansive, but both styles contribute to Labrynthitis's loungy haze and overall album theme.

Within the artsy world of indie pop, few have had the critical success of Dan Bejar and Destroyer on this ten year wave.  Labrynthitis is another home run for the Vancouver songwriter, and a hopeful premonition that there is plenty more in the tank.  While it may not be the 'best' record in the Destroyer catalog, it may be the most fun to repeatedly explore.  As Bejar leaves us to decipher the cryptic meaning of his songs, we must ask if we really care.  The true reward on Labrynthitis is getting lost in its ether.