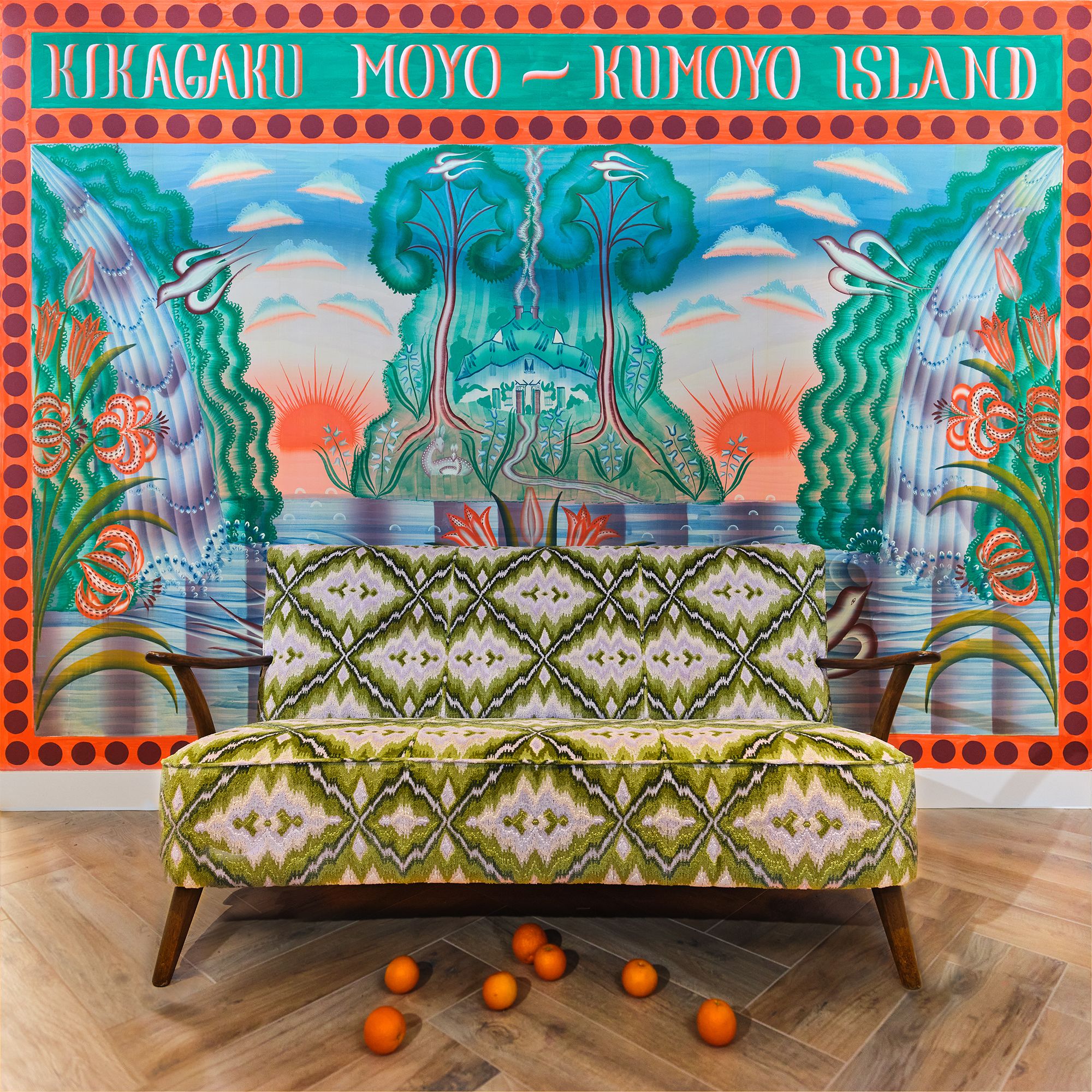 It's one of the hardest decisions a band, athlete, writer, or worker will ever have to make.  That moment they decide they have said the things they need to say, or have done the things they needed done.  Earlier this year, Kikagaku Moyo, the premier psych band hailing from Tokyo, made the decision that they have achiever the mission statement of their project, and will be on indefinite hiatus after 2022.  However, before putting whatever punctuation mark they feel is needed for this, they decided to hit the road for a lengthy tour in support of their newly released, and thrilling conclusion of an album, Kumoyo Island.

Plain and simple:  This record is fantastic.  It is a shame they are calling it quits, because this is easily the bands most accessible record to date.  All the quintessential Kikagaku Moyo psychedelia is fulling present throughout Kumoyo Island, but in a far more compact package; while a handful of songs are into the six minute territory, they don't linger in the abstract ether like some of their previous freakout jams.  Much of Kumoyo Island is a bit less...freaky...or at least it can be freaky to a more general population.  While Kikagaku Moyo can oft be a cerebral and meditative band, this record employs some funky riffs and hooks that are, dare I say....almost poppy.

That's not to say that Kumoyo Island lacks depth. In fact it is quite the opposite.  The record has all the weirdness Kikagaku Moyo can wield through their sitar strangeness, as songs like the opening "Monaka" come to a dense and freaky psychedelic peak. But, the band explores other textures and territories throughout the record.  They flirt with traditional guitar-rock (or at least their own form thereof) on the brief segue-song "Field of Tiger Lillies " into "Yayoi Iyayoi," and some acoustic amiability in the incredibly beautiful "Nap Song."  There are also plenty of soundscape passages throughout all of Kumoyo Island to create the ethereal vibe that people seek out in Kikagaku Moyo; the records, and potentially the bands respective life, ends with "Maison Silk Road," and a beatific outro that is psychedelic in only the alluring and subtle way.  Absolutely stunning.

In a perfect world, we would all end on a high note.  It is not often we recognize we achieved the zenith, and fold away with the utmost respect.  The members of Kikagaku Moyo were able to make this happen with Kumoyo Island, and as they move on to different pastures, we are very lucky to have this slyly psychedelic masterpiece as their swan-song.  MUST LISTEN!