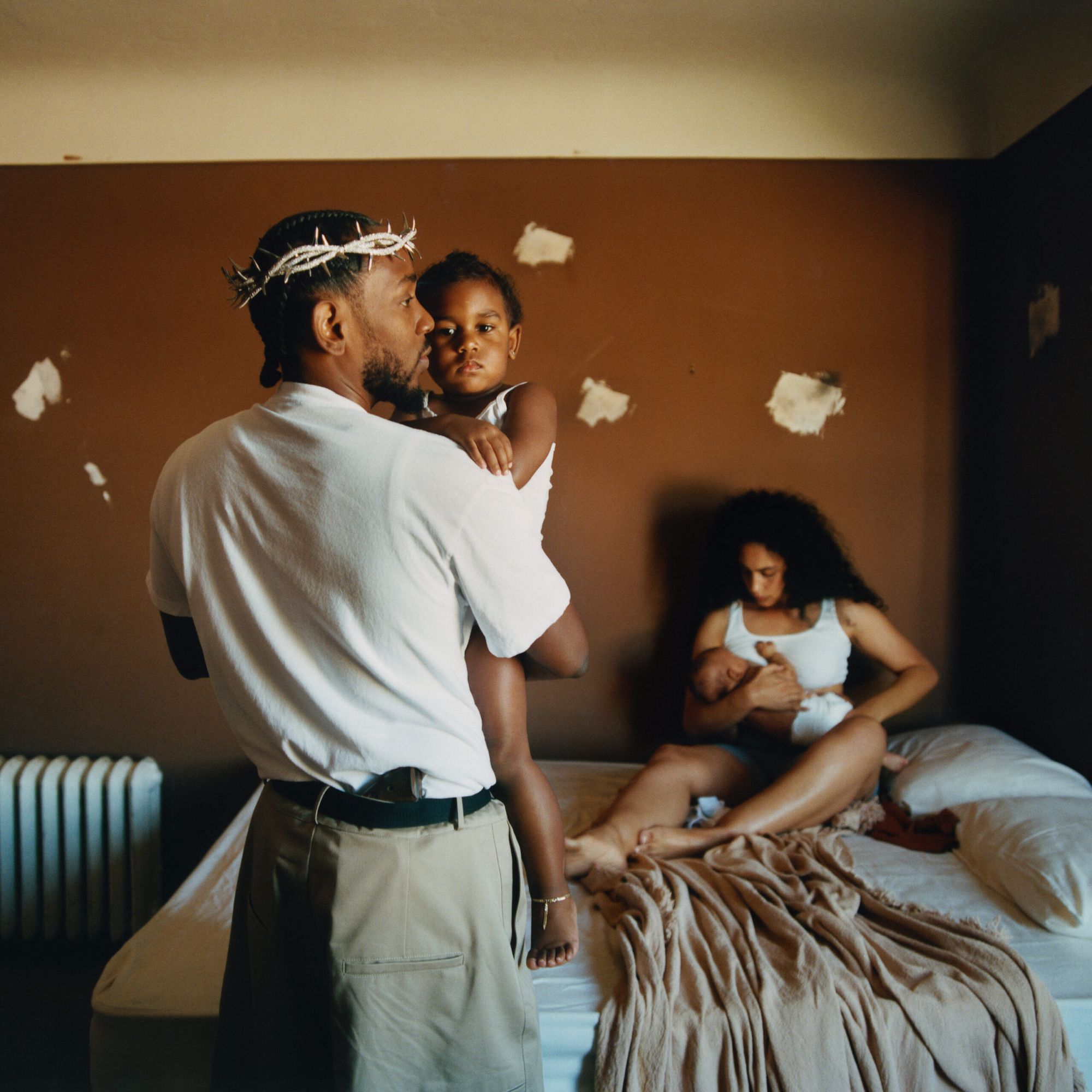 2022Hip HopAlbum of the Year

Heavy is the head that wears the crown, and Kendrick Lamar's neck is hurtin'.  It's been five years since Lamar has released a follow-up to his Pulitzer winning Damn, and much of it has been shrouded in unintentional secrecy.  Lamar, who is sparse on appearances or social media presence, took those years to start a family, assess his mental health and career, deal with writers block, and weather the storm of Covid-19.  Eventually, the damn burst on the mysterious rapper's writers block, and with that came a 100-year flood of ideas in the form of Mr. Morale And The Big Steppers.

Prior to the release of Mr. Morale, Kendrick Lamar was raised to near mythical status.  He was the first rapper to be awarded a pulitzer, he was the only 'modern era' rapper to be part of the most recent, Hall-of-Fame caliber Super Bowl Half Time performance, and he has been a signpost for all people on the subject of race relations.  After his five year hiatus, Lamar takes off his mask to reveal a man who is as broken as the rest of us.  Instead of being the pied piper of social dilemma, and the entree for white people to understand black plight, Kendrick reaches deep into his own recesses to reveal his own.  He says on 'Savior,' "He is not your savior."  This is essentially the central theme through Mr. Morale.  The record is a testament to the humanity of the fabled Kendrick Lamar.  He speaks openly and candidly about his own mental health, and journey through therapy. He talks about Covid confusion, BLM and family with the same reticence that the rest of us do.  Songs like the sobering "Crown" show an exasperated man taking off his crown, and shedding the legend to show the man; the true King of hip-hop.

Mr. Morale dives into his relationship with his long-time girlfriend, with whom he has started a family.  Whitney (his girlfriend, presumably) makes several appearances throughout the record; indicative of their loving yet damaged relationship.  It comes to a head on the powerful "We Cry Together," where Kendrick and his partner, voiced by Taylour Paige, have an absolutely knock-down drag-out fight before coming to an inconclusive ending; so real it's scary, creating one of the most stirring moments ever put on a hip-hop record.

The result is a level of vulnerability that is unparalleled in the rap game.  Rap has always been a historically tough genre.  Whether it is the men flexing their masculinity, or women showing their ironclad strength, rap has always relied on the facade.  Lamar shatters this glass-house by putting all his earthly weaknesses on the forefront.  He still sounds strong, but in an open and honest way that allows people to connect with the record, and the hip-hop genre, in a way that was previously sometimes difficult. It is a messy record, but in the best way; we can all relate to it when looking back at our most confusing times.

Mr. Morale is an exceptionally dense record, and there are a lot of themes to unpack.  And, at almost an hour and fifteen minutes, there is a lot of information to sift through.  But, perhaps that is the beauty of Mr. Morale; the aspect that makes this record so compelling.  Are we supposed to make sense of it?  Has Kendrick even made sense of it?

It is difficult to determine where Mr. Morale And the Big Steppers will stand in the mighty catalog of Kendrick Lamar, but it is a worthy and impressive addition.