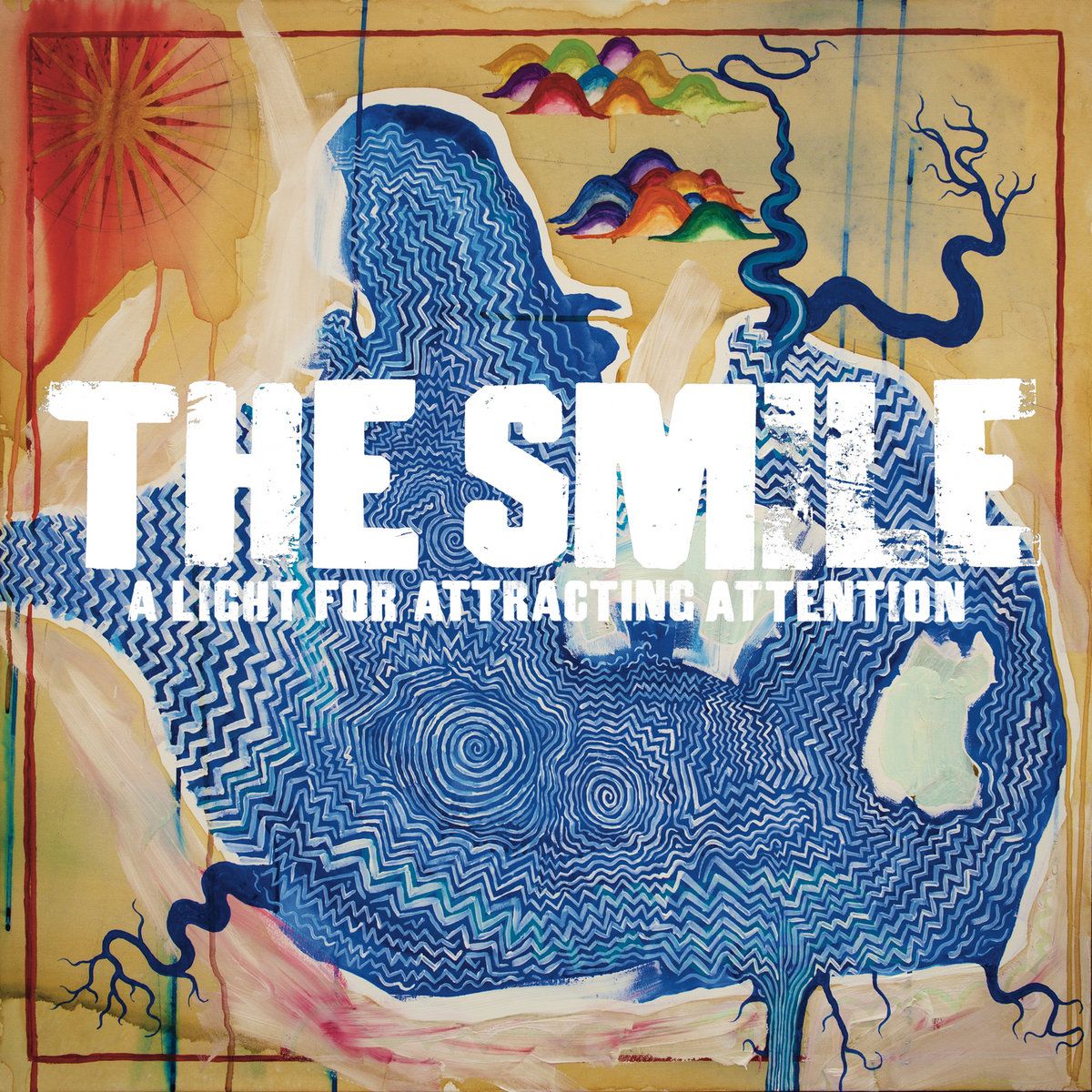 In many ways, Radiohead's Herculean catalog is an albatross around their necks.  When the band released A Moon Shaped Pool, it was streamed via online parties on at least three different countries' public radio.  Radiohead albums have become a musical event like few others in the modern musical era.  To the extent that every note is picked so clean that there is almost nothing left to take in and digest.  Due to this immense pressure, it seems that Radiohead personnel have deferred to side-projects for experimentation; amassing varying degrees of critical and commercial success.   Their most recent project, The Smile, has just launched their debut album, A Light for Attracting Attention.  Spearheaded by Thom Yorke and Jonny Greenwood along with the Uber-accomplished Tom Skinner on percussion, A Light manifests the basics of Radiohead, but in their most relaxed form ever.

Most of what we like about Radiohead can be found somewhere within A Light For Attracting Attention; classic haunting synth intertwined with Greenwood's fingerpicking is evident almost immediately. Thom Yorke is as cranky as everIn terms of sonic surprises, there probably aren't many.  The biggest point of differentiation for A Light For Attracting attention is the vibe; there is a tangible looseness throughout the record that hasn't been present since Radiohead was still in their come-up phase.  Gone is the authority of being apocalyptic fortunetellers and pushing the envelope into uncharted waters, now replaced with the ease of friends and contemporaries enjoying music together.  Songs like "You'll Never Work In Television Again" show Yorke and Greenwood sonically reminiscing about their old alt-rock roots, or perhaps their former selves circa Hail To The Thief, while their first single, "The Smoke" is so groovy it is downright slinky; perhaps the closest thing Thom Yorke has ever had to fun.

Throughout A Light, the trio tends to touch upon several ubiquitous Radiohead sounds.  The album opens with "The Same" which could easily pass as a Kid-A outtake. "Skrting the Surface"  slowly flows in like a somber lo-fi haze, and "A hairdryer" hits hard with it's early 00's era beeps and boops.  While it may not be as progressive as a Radiohead album, it is intriguing to see Yorke and Greenwood revisit the sounds that worked so well for them; quite the contrast to Radiohead's allergy to doing the same thing twice.  The record goes on in this fashion; an encyclopedia of the band's career to this point.

While A Light for Attracting Attention sounds unquestionably, almost deceptively, like a Radiohead, it is missing the depth and thematics that make Radiohead such a mysterious and beguiling group.  The record can sometimes come across as a collection of tunes that might not have made the cut. But...if you take the albatross off their necks, and enjoy it devoid of relation to the dystopian elephant in the room, you will find an incredible record by a trio of prolific musicians.