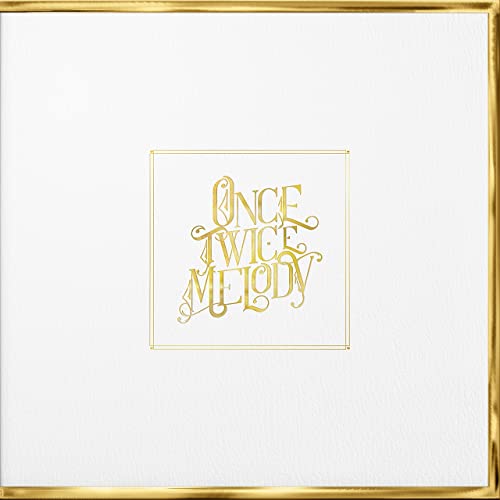 Beach House have always had an uncanny knack for using mood to create a warm space; a vaporous fortress of atmospheric feelings.  The Baltimore duo are certainly great songwriters, but their real prowess lays in creating the vibe. And, boy, did they ever with their most recent double LP, Once Twice Melody.

Victoria LeGrand and Alex Scally, the two members of Beach House, decided to take on the not-so-easy task of producing a record themselves.  Over the arduous multi year process, they found themselves with more songs than they knew what to do with.  However, they found the songs not only worthy, but imperative to their visualized narrative.

Subsequently, Once Twice Melody was released in pieces over time, to be fully realized last week.  I am not certain this was the best approach, but the final product is one of their most wondrous works to date; probably the most prolific Beach House album Bloom.  Continuously cementing their place on the dreampop Rushmore, specifically since their landmark release, Teen Dream, Once Twice Melody picks up where Beach House left off with their 2018 release, 7, filled with echoing space, this time further enhanced and cocooned by a string section.

Tranquil and serene, Once Twice Melody approaches and envelops like a slow moving fog.  Each chapter of the record slightly different moods, but with razor-sharp continuity, truly narrative in it's unfolding.  It winds through swells of dreampop and various synthy passages to unify all four chapters; an unbelievably cohesive record despite its length.  Once Twice Melody also uses the aforementioned strings and baroque reverbs to carve out that patented Beach House 'space.'

Throughout Once Twice Melody, Beach House was still able to achieve variety while still maintaining theme; something kind of difficult to do with a double LP. There are moments of spaciness that segue beautifully into softer resting areas.  The four separate albums help create both real and sonic distinctions, both in sound and mood.  It also helps create engagement, as the album doesn't lag much through its 18 song story, and gives listeners a vintage feel in a digital age.

There aren't many surprises on Once Twice Melody.  You get the great things you get with almost every Beach House record.  The album is subtly psychedelic; shimmering but not 'trippy.' There are also the blooming swells of synth choruses, a Beach House's bucolic trademark.  The biggest surprise, and the most lasting impression is the journey the duo is able to take through four separate records.  Once you reconcile (and appreciate) the length of the album, the enjoyment becomes the ebbing and flowing along with it.  In fact, perhaps the most psychedelic aspect of Once Twice Melody is the ineffable way it uncoils and reveals itself once the listener surrenders to it.

Spoon: Lucifer On The Sofa