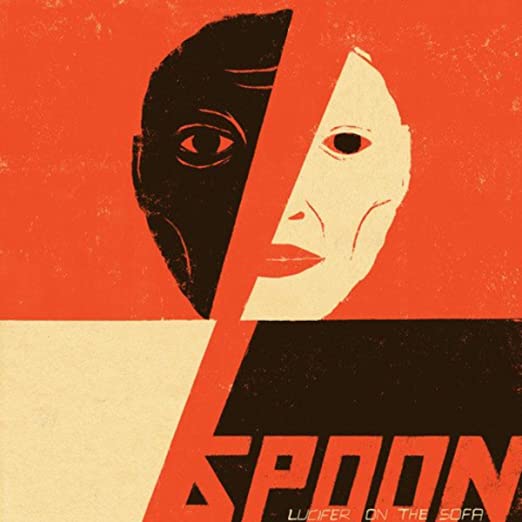 Spoon: Lucifer On The Sofa

Pizza, Sex and Spoon....they are always good, just sometimes they are better.

Spoon has hit the career sweet spot; the sound all bands try for.  Each record sounds different, while always sounding the same. They may tilt one way or lean another but when the needle hits the groove, you unequivocally know you are listening to a Spoon record.  The band continues to try new things, but without the painstaking and usually unfocused task of reinvention with every record.  Put simply, Spoon knows who they are.

With this, the Austin based rockers have developed an almost unparalleled consistency.  For ten albums now, Spoon have used their workable formula to create one good album after another.  Each record has a slight tangent, but the gist of Spoon is always present...and that gist is a damn fine rock record.  Well, Spoon is back again with their tenth banging album, Lucifer On The Sofa.

Lucifer On The Sofa encompasses all of what makes Spoon who they are.  Kind of alt rock, but really straightforward...totally unpretentious and very digestible.  All the good stuff is there, the bluesy pianos, and hard-hitting riffing, and the rock and roll boogies.  Lucifer on the Sofa was produced by Mark Rankin, most famously known for his work with stoner rock stalwarts Queens Of The Stone Age.  His influence is delicately sprinkled in throughout; adding power and energy without drowning out the overall Spooniness of the record.  He clearly knew his role in the recording process.

Most of the deviation between Spoon albums lie in the level of production.  They err from the immaculately tight rock, such as their career watermark Ga Ga Ga Ga to it's much rawer and looser follow up, Transference.  They even tried a Spoon-After-Dark experiment with their synthy Hot Thoughts.  In my opinion, at least, the band is at its best when they fully utilize the studio, rather than the weirder raw stuff.  It creates an integral cohesiveness that gives the album its identity, a very critical tenet of differentiation, for a band that has its own sound and style.  Fortunately, Lucifer On the Sofa is the former, a masterfully sparkling and connected work that gives nods to classic rock anthems; bubbling over with pounding riffs and hooks galore. A record made for singing with along to with the windows rolled down. Lucifer On The Sofa is, again, my opinion, their best record since Ga Ga Ga Ga...a shimmering statement that truly all rock fans can get behind.