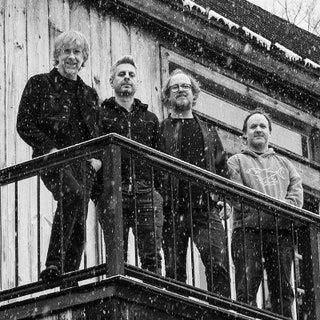 On April 1st, Phish surprised their legions of fervent fans by releasing their new studio album, Sigma Oasis; their fourteenth studio record (fifteenth if you count recorded jam session The Siket Disc, which, by the way, is highly recommended listening material), and their first since the fairly disastrous Big Boat release of 2016. Originally slated as a traditional release later in the year, Phish opted to drop this on a whim, as their fans cope with the reality of quarantine and an increasingly unlikely probability of Summer Tour.  While there are always inevitabilities to reconcile with a Phish studio album, namely the fact that they are a live band, this turned out to be one of the better productions of their career.

We may as well get it out of the way early:  Phish in 2020 are not as virtuosic, or as complex, as they were twenty five years ago, and some of their lyrics are a little cheesy.  We all know, we all get it.  The days of rip-shit fugue guitar and lyrics about a Lizard People have since passed, replaced by age appropriate-words of looking back on a blessed life.  Frankly, it might be a little weird for some guys nearing sixty to be singing songs about foam or tweezers.

Sigma Oasis was recorded in the way a Phish record should be; Simple!  The previous albums were produced by Bob Ezrin, who is one of the best producers of modern music.  Sounds great, but the result(s) was a terribly overproduced, watered-down Phish, even by studio standards.  Ezrin producing Phish is akin to Frank Lloyd Wright building an outhouse.

For Sigma, however, the band employed Vance Powell, who worked closely with Trey on his recent Ghosts of The Forest Project.  This guy knows Phish, and knew where to step in and out.  Powell took a minimalist approach, allowing the four guys who have been in a band together for 37 years to take the lead, and the result is the most cohesive and organic phish album in years.

Let’s get into set and setting.  Instead of heading into a big studio, the band retreated into Trey’s barn in the Green Mountains of Vermont, where the wooden walls are saturated with decades of Phish’s magic.  Wasting no time with multiple different takes and formatting, they stayed there for only a couple of weeks.  Also, the band had no isolated recordings or dividers; this was four guys playing in a room, the way Phish has always meant to be.

The result was an extremely well produced Phish album.  Powell peppered Sigma Oasis with strings and backing vocals, which added extra depth and dimension to the songs while keeping the true nature of Phish.  He enhanced the songs without stepping on them; adding without diluting:  Songs like "Leaves" lilted with extra rumination, while the anthemic "Life Beyond a Dream " swells with the hope and power the song warrants.

Sonically, Sigma Oasis is a good representation of Phish in 3.0 (the current era beginning with their 2009 return from break-up):  Some sweet ballads, some heavy-hitting funk, and feel-good songs that fall somewhere in between; typically referred to as "dad-rock" by the jaded vets of Phish scene.  The songs are very well crafted, specifically live staples like "Steam" and "Mercury," which fans have been pining for the studio treatment for years.  The recorded tracks do an excellent job capturing the essence of the songs for the casual fan, without diving too deep into the heavy improvisation that takes some acclimation.

But, somehow, the jamming is there!  The highlights (for me) are definitely "Everything's Right" and "Thread."  Both songs have masterfully executed codas where the band jams their asses off; a phenomena oft captured in their live arena, but almost never in the studio.  "Everything's Right" blasted into the same sludgy psychedelia as their live improvisations, before drifting into ethereal ambiance.  "Thread" (my favourite track on the Sigma Oasis, and one of my all-time favourite Phish studio efforts) absolutely thrills with it's raw and chaotic psych-rock, harkening back to the great evil Phish jams of the past. A great example of Powell's knowledge of Phish, he let the tapes run and the band do their thing, capturing the most relaxed and uninhibited Phish ever in a studio setting;  This is Phish at their best...four guys in a room!