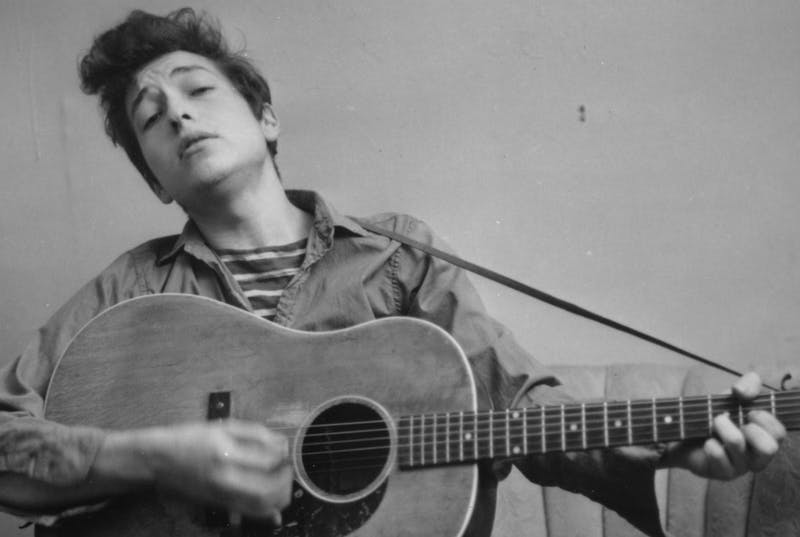 The Times They Are A Changin'

In these trying times it can be hard to stay positive. It's hard to feel relaxed and optimistic about a future that we can't possibly imagine, not just in six months or five years but literally tomorrow. Katy and I have been planning our future like I'm sure most adults do. We are expecting our 2nd child in April and have been planning to buy a larger house in lieu of that and other obvious things (our current daughter and 3 pets take up plenty of room as is). We've taken simple things like being able to go out to dinner for granted. We're counting ourselves lucky to still have jobs; for a lot of others theirs was gone overnight. In no way do I want to minimize the severity of the struggle ahead for all of us, but I do want to offer some solace if you will.

I'm 36 years old. The last "crisis" that hit during my lifetime was the "Great Recession" of the late aughts– which not to minimize the pain it caused was more or less "too big of numbers" on some pieces of paper. I was also 26 in 2008 (I think) so my 401k wasn't even born yet; I had no real stake in what was lost. Before that it was the attacks of September 11th, which were probably more similar to the current crisis in terms of the raw human feelings they evoke. That's probably the extent of my memorable experience with crisis, but as an observer of history I know what I'm about to say was true about those crises too: music was there for us.

Not only was music and art there for us, but it flourished during these hardest times. Like one of those weeds growing between the cracks in the sidewalk you just can't seem to kill off, music always persists. During World War 2 over 400,000 performances took place all over the world– some in war zones. The protest songs of the Vietnam War era are still some of the most popular pieces in our collective canon. I'm not trying to say that the 2008 financial crisis was the reason that Phish reunited in 2009 but... maybe? Bob Marley, Bob Dylan, Billie Holliday, The Beatles, U2, N.W.A., Rage Against the Machine, Marvin Gaye and the list goes on and on of artists who were decidedly influenced by the struggle and tragedy around them. If you want a silver lining to hard times, one of them is certainly the inspiration art seems to take from it.

For further evidence that the culture train rolls on we need look no further than the spate of awesome new music that couldn't be coming at a more needed time. Here's my list of favorites so far this year:

Really great representation of the experience of seeing them live, glad they did this because they are extremely on-point live– especially if we can't see them this summer. The first track turns you on right away and feels like it belongs on the Tron: Legacy Soundtrack. Feels like perfect desert music, would be a great Burning Man set. Speaking of Burning Man... I doubt COVID-19 is stopping those wooks.

The Weeknd - After Hours

Was kind of tardy on this one. A friend who had never heard of him suggested it and I double-took since he is generally known to me as more of a hip-hop guy. Solid album– Weeknd's audience has always been mainstream but this album seems to transcend the palate of casual enthusiast and connoisseur.

Probably my favorite true electronic album of the year so far. Beautiful synthetic arrangements, reminiscent of a harder-edge/less-natural Emancipator album.

One of those actual great albums– in full. Out of the rest of the albums on the list this one is hard for me to pin down a track I "really like." It's just a really good groove from start to end, great for work or reading, lots of dark, rich textures.

The title track from this album hits me in just the right way. The perfect grey day, driving through the countryside, chill-as-fuck song. The whole album is phenomenal, and I'll defer to my original opinion when I texted Chigs about it– they just keep getting better at doing what they do, which I respect so much. I was really impressed with the work they did with Big Boi a few years back, and I think this latest album just seals the deal for me on them being one of the preeminent artists of the 2010's.

If you like that "new" Nashville sound look no further than Marcus King. Produced by Dan Auerbach (of Black Keys fame), you will no doubt sense his influence right away– from fuzzy guitar solos to swaying bluesy hooks. But beyond the peel you'll find surprisingly adept blues guitar playing and a throwback vocal performance that belies Marcus' young age.

It's too soon to tell what will come of this crisis, but we're already seeing artists around the world coming through for us and being there to entertain us when the chips are down. From Trey's living room concert to my friend's impromptu facebook guitar performance (literally from a closet)– when people are hurting mere words won't do– we need art– we need sound– we need connection– we need music. And we should all take comfort in the fact that even though we don't know what tomorrow brings, we know when we turn on our phone, or open our laptop, or drive in our car– that music is going to be there with us. The songs we loved when we were little. The songs that got us through breakups and heartache, school and work, the awesome times and the shitty ones– the songs that are yet to be written about the struggles of the now– all of it is there with us– the rock that is part of our foundation as humans of Earth– since the first person clapped their hands– until the solar system is flattened into two-dimensions... music will be there.

Is It Phriday Today?

The Fall of Jam Bands and Rise of the New Psychedelia