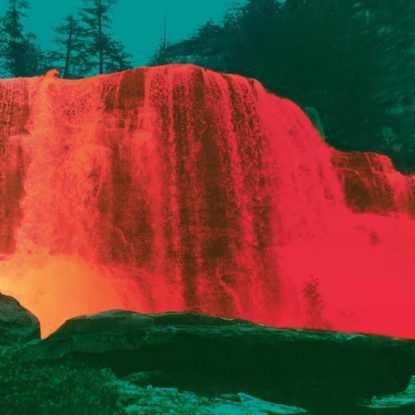 My Morning Jacket are some of rock's last rockers.  In an era where the sound du jour is DIY minimalism, MMJ creates sprawling anthems designed to saturate arenas and emotions.  They are powerful; not unlike the timeless rockstars that have planted their flag on the FM radio dial.  This is probably why the band can wriggle between genres and scenes the way few other current touring acts can. They. are. rock: They are the jam band for the folks who don’t like noodling, the balls-to-the-wall rock music for the hipsters allergic to cliches, and the introspective music for the guys too tough for Pitchfork's ethos.  We all have our thing, but we all love My Morning Jacket.

A few years ago, in an act of classic rock badassness, MMJ rented out the famous Panoramic House along with several nearby homes on a hill in Stinson Beach, creating a Rock and Roll compound.  Emerging from the sessions was 2015’s The Waterfall; a transcendent return to MMJ’s original sonic form.  The sessions have since been talked about, specifically their bulk, but The Waterfall’s cuts have, outside of some live performances, been kept hidden atop the Stinson beach hill.  That is, until July’s semi-surprise release of The Waterfall II.

While MMJ frontman Jim James has stated that the two albums aren’t related, they kind of are, at least to the folks who didn’t write it.  Whereas The Waterfall is about a relationship actually ending, Waterfall II is about the isolation and the actualization of going through it; more of an actual breakup record.  Theoretically, the band could have released The Waterfall as a double album, but each album has far more power singularly.  Put together, a double LP would have been too musically bulky and thematically redundant.

The Waterfall II opens with “Spinning My Wheels,” where James reconciles the dissolution of the relationship.  He croons along exhausted but relieved, setting the tone for the record.   The spiraling guitars of “Feel You,” capture the wistful rumination of loss in a way words cannot, and “The First Time” hits on the reticent optimism of trekking forward.  The ideas aren’t exactly novel, but they pair well with MMJ’s emotive style.  Despite being recorded during past sessions, and being comprised of songs that have already been heard, The Waterfall II does not feel like a compilation of B-sides, but rather a reflective companion of the OG Waterfall, every bit as rich and narrative as the original.

Musically, The Waterfall II is classic My Morning Jacket, and a worthy epilogue to its predecessor.  Following their landmark album, Z, MMJ spent the next two albums (Evil Urges and Circuital, respectively) further exploring their sound.  Unfortunately their spaghetti-at-the-wall approach made these two of the weakest records in their catalog.  Waterfall (and this new release) go back to the basics that made people love MMJ; lush textural swells and smooth vocals swathed in reverb.  The band plays around with some funk grooves in “Magic Bullet,” and some good ol’ boy roots-rock on “Run It;” two of the most sonically fun songs on the album.  Some purists may miss some of the overflowing cathartic crescendos of the signature MMJ sound, but the big peaks might feel out of place on such a contemplative record.

At this point, with the release of this record The Waterfall can now be called a period for My Morning Jacket; one identified by searching and introspection.   It is a period where the band returned to their roots, and rediscovered their trademark sound. The Waterfall II is a delightful way for the Louisville powerhouse to conclude this brief epoch .  As the final jangly guitars of “The First Time” drift into ethereal peacefulness, we look forward to the next chapter of this amazing band.