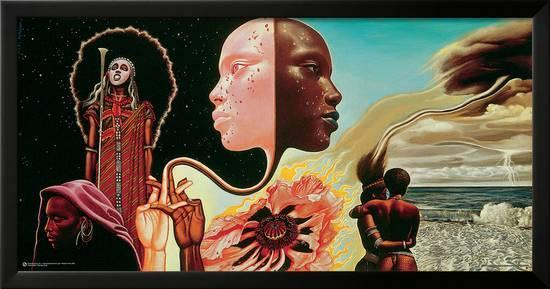 Welcome back!  For the second installment of Jam Friendly Jazz, we will look at some of jazz's required listening.  Now, to give a comprehensive list of "essentials" is impossible;  jazz is an illimitable genre of music who's history can be studied at university levels (I know, because I studied it in University, and still haven't scratched the surface).

What we will do for this piece, is take a look at some Jazz artists and albums that bleed the same creativity that appeal to jam band fans.  These artists tested the waters, and took their sound to the outmost reaches of the genre.  Often met critically by jazz traditionalists, these albums below helped shape modern music theory, and how far musicians can explore "song."  Note:  While this piece outlines specific albums, a deep-dive of each artist is needed to really sense their impact and sonic imagination.

Charles Mingus, Ah Um:  For this jazz essential, Mingus took the opposite route from Coltrane's thematic narrative (See Below), and highlighted his wide array of influences and a warts-and-all approach to recording, both of which are common to the jam world.  With essences ranging from Gospel to Hard-Bop, Jam fans will enjoy the contrasting sounds and styles, along with strategic track-list construction.  Filled with dissonance and inconsistent time signatures, Ah Um can be a bit of a challenging listen, but an enjoyable accomplishment of varying styles and homages to Mingus' most affecting musicians.

John Coltrane, A Love Supreme:  In a technical galaxy of his own, Coltrane helped pioneer the free jazz movement, who's influence can be heard anywhere from modern traditional jazz, to prog rock, to the gnarliest Phish jams.  Recorded a couple years before his death, A Love Supreme is a divine capstone to his prolific career.   The four song suite is a story of conquering addiction and giving life to a higher entity.  Despite being recorded in only two days, A Love Supreme is one of the most ambitious works of art to grace the modern music world.  Jam band fans will not only relish in the unprecedented technical and improvisational mastery, but the profound thematic and structural intent of the album.  Once you wrap your head around Coltrane, you will never get sick of him.

Miles Davis, Bitches Brew: While I have never been good at rankings, this is perhaps my favourite jazz record.  Few jazz musicians adopted the rock and roll aesthetic the way Miles Davis did, and even fewer were brave enough to push the boundaries the way he could.  He even opened for the Grateful Dead in 1970.  Davis took what he learned from the psych rock scene of the sixties, and injected it directly into the veins of his already unconventional jazz.  Aspects of his "electric period" were beginning to show in his 1969 classic In a Silent Way, but all bets were off with his following effort, Bitches Brew, recorded shortly after, and certainly influenced by, Woodstock.  Overflowing with a cacophony of instruments and sound, Bitches Brew is an audiophile's dream.  Upon its release, Bitches Brew was probably the most polarizing jazz record of its time, as many traditionalists felt it lowered the highbrow jazz bar to plebeian rock standards.  However, decades later, Davis proved he was, as usual, lightyears ahead of his time; smashing through musical barriers and creating one of the most sprawling albums of jazz and beyond.  (Authors note:  For you psychonauts, Bitches Brew is my favourite album to trip to).

Herbie Hancock, Headhunters:  The quintessential jazz/funk/jam record. While Hancock has never been afraid to push the envelope, no album is more revolutionary than his 1973 masterpiece, Headhunters.  A few years prior to Hancock's vanguard release, jazz was already exploring different ways of mixing jazz and technology;  Headhunters navigated that exploration into a completely new style and he helped launch the "fusion" genre.  Headhunters' influence is about as ubiquitous to the modern jam band scene as any Grateful Dead bootleg, and as historically significant as Dylan plugging in at Newport.  Hancock's introduction of synthesizers and electronics to his music completely upended jazz, and set a new trajectory for modern music.  Plain and Simple, Headhunters is one of the most important releases in recent generations.

The Weather Report, Heavy Weather:  Following Hancock's breakthrough, the stage was now set for the acceptance of the new jazz style, "Fusion." For Heavy Weather, Weather Report leaders and already longtime jazz mainstays Wayne Shorter and Joe Zawinul, hired bass prodigy Jaco Pastorius to play on their 1977 landmark record.  The result, largely in part by Pastorius' incredible contributions, is further reintegration of jazz into mainstream music, and breathing even more new life into the genre. As opposed to some of the other jazz greats before them, Heavy Weather doesn't require a fine wine and pretentious ear to enjoy:  Like Headhunters, Heavy Weather is jazz that makes you want to bob your head and dance away into a bouncy jazz paradise!

To say that these albums are the tip of the iceberg would be a laughable understatement, but should offer a smoother transition into the jazz genre.  For further jazz essentials, please check out.

Sun Ra and his Arkestra:  Jazz in Silhouette

Enjoy, everyone, and see you real soon for Part III!