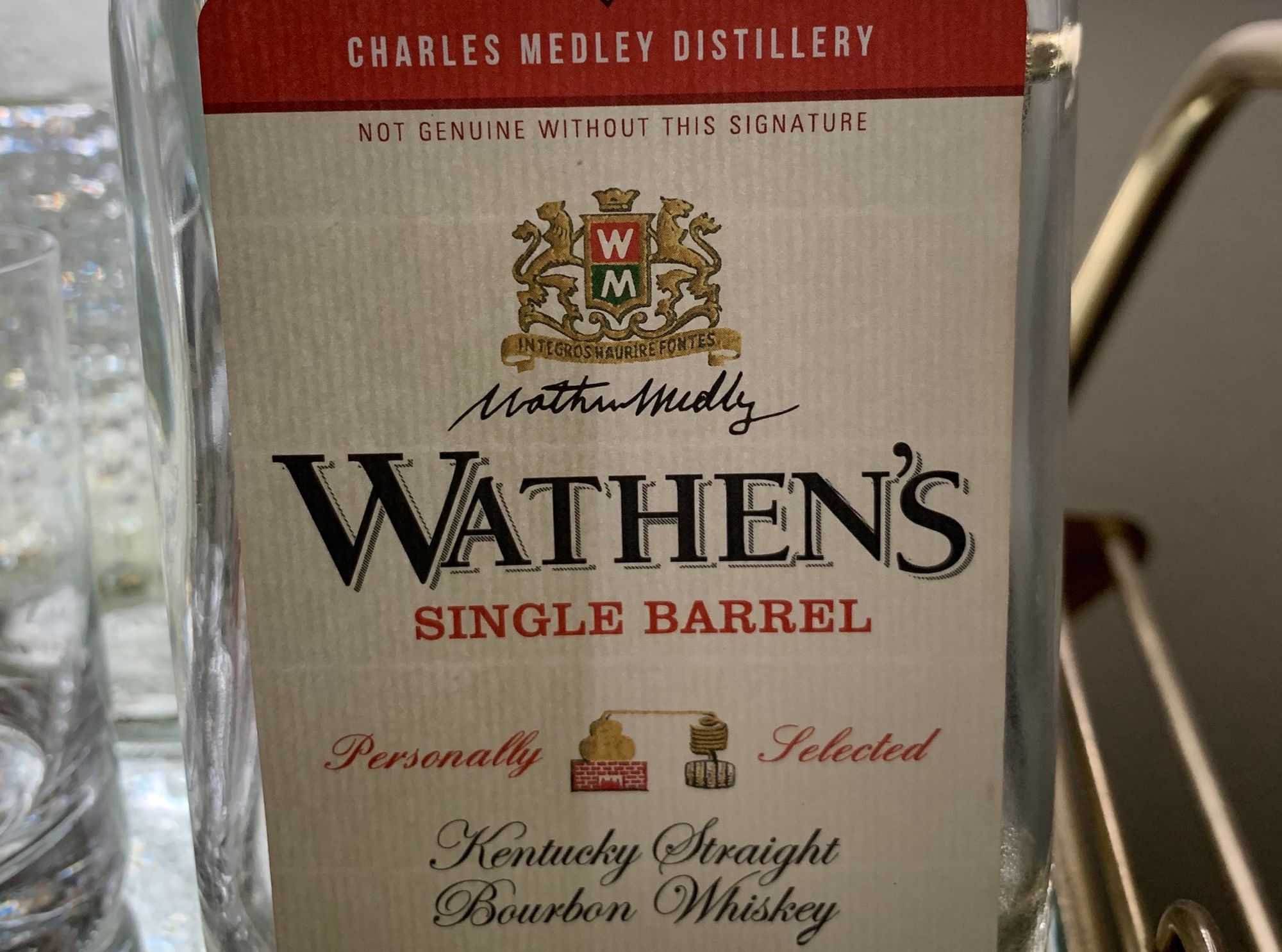 In this installment, I deviated from my usual selection process of picking the sexiest bottle of bourbon I can find on the shelf, in the price range I want, that looks like it isn't gathering dust (i.e. not selling)– and this time decided to order online and go off of the user reviews. One of the few bourbons that stood out was Wathen's Single Barrel, so I pulled the trigger, swung through curbside and swooped up a bottle.

Before I jump into the bourbon I'm going to digress a bit about some of the things I've been learning through home distilling. I'm currently in the process of building and toasting my own barrel to age my own white dog bourbon, and in this process I'm learning a lot about what gives bourbon it's characteristic flavor. There is so much complex chemistry that actually goes on when you burn or char the inside of a barrel, but in super basic terms the wood sugars– of which there are different forms in different ratios– when charred transmute into different tannins that actually do taste like various nuts and spices. So, it's not just a mental trick or just some bullshit snobbery– there's actual science around it. Additionally, a lot of distilleries will "season" their wood and/or barrels which is a controlled decomposition process– i.e. intentionally rotting the wood to produce different flavors in greater abundance. So the craft of bourbon-making is truly also part art form.

Bourbon time! This Wathen's is really ridiculously tasty; it might be my new favorite on my short list of best bourbons. The nose has a lot of character, definitely caramel and citrus, very mellow and earthy. Very light on the grain profile, no overwhelming corn or wheat taste to it– and as I said very mellow on the senses with little burn even straight up.

Aftertaste and mouthfeel are both good as well, no strange after flavors. It's actually pretty different than what I'm used to tasting in some of the more recent bourbons I've tried in this price group– it has a good balance between flavors where nothing is too overwhelming but it all adds up to a pretty distinct and rich flavor. No matter what price range you're buying in frankly, most bourbons tend to come up short in balance– either they're overwhelmingly bold or they're smooth and not that rich– so it's somewhat rare to find something I would characterize as "good," not as a matter of pure subjectivity.

In conclusion, in this case the masses have spoken wisely, and I agree with their reviews. For $55-ish with tax, this is a high-quality bourbon guaranteed to please any palate. Definitely take the time to appreciate this quality brown booze neat, because it's worth absorbing every subtle note of flavor.

"You Can't always write a chord ugly enough to say what you want to say..." An Intro To Frank Zappa