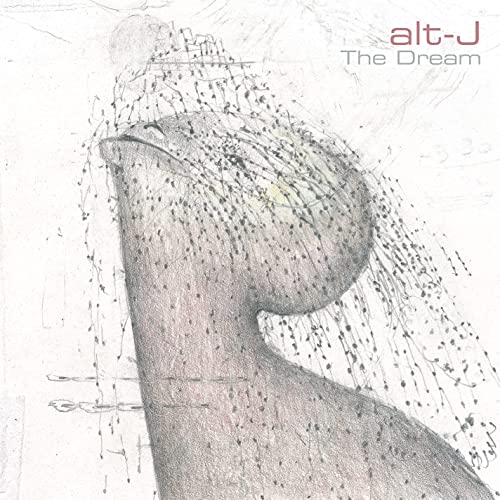 It's been ten years since Alt-J set the indie world ablaze with their debut record, An Awesome Wave.  The Leeds bred hipsters stunned the Pitchfork crowd (although ironically enough, not Pitchfork themselves) with their kitchen-sink approach to indie music trends.  Alt-J's kind of pop, kind of alt, kind of synth aesthetic hazily trots between provocative and mundane.  After an almost equally impressive sophomore effort with This Is All Yours, and the subsequent meteoric commercial rise, including a co-headlining arena tour with TV On The Radio, Alt-J crashed back to earth with the unimaginative and spiritless Relaxer. Down but not out, Alt-J have tried their luck with their newest record, The Dream.

The Dream is...most certainly an Alt-J record; a cauldron of ideas that work well together.  There is a structure throughout the record that has not been present since the band's debut.  The bumpers on the lanes help the listener not get lost in Alt-J's flurry of ideas.  The Dream is their best attempt at balancing song and dreaminess since (probably) An Awesome Wave. The songs are more straightforward, and exquisitely produced.  It seems as though they have realized that despite their creativity, Alt-J is a band that demands strict composition.

From a lyrical perspective, this is probably Alt-J's best work, or at least their most direct.  The songs have narrative and purpose, whether it be going to Hollywood and doing too much coke, or a making millions in Crypto.  They are quirky, but not so esoteric that the fun gets lost.  The bands dark and synthy funk help add to the playfulness of it all.

While perhaps not as clever, Alt-J frontman Joe Newman hits a songwriting watermark with his hauntingly heartbreaking "Get Better," a somber and impeccably written song about watching a loved one die (of Covid-19, though not expressly stated).  This is Newman's 'realest' song, and it is absolutely gut-wrenching and relatable in its simplicity.

Sometimes this falls into "family restaurant" music.  Just like the diners who laud their ten page menu's, Alt-J can oft feel unfocused, as if they so to provide everything that they specialize in nothing.  With some odd and unfitting songs, such as the operatic and baroque "Philadelphia," The Dream does occasionally fall into this trap.  To the bands credit, however, it is significantly less pervasive than some a lot of their other work.

After a bad record and five years in the wood-shop, Alt-J really needed to come back strong, and with refined purpose.  The Dream is a very nice turning point for a band who was certainly in a rut.  With this newfound sound and maturity, it will be exciting to see where Alt-J goes from here.