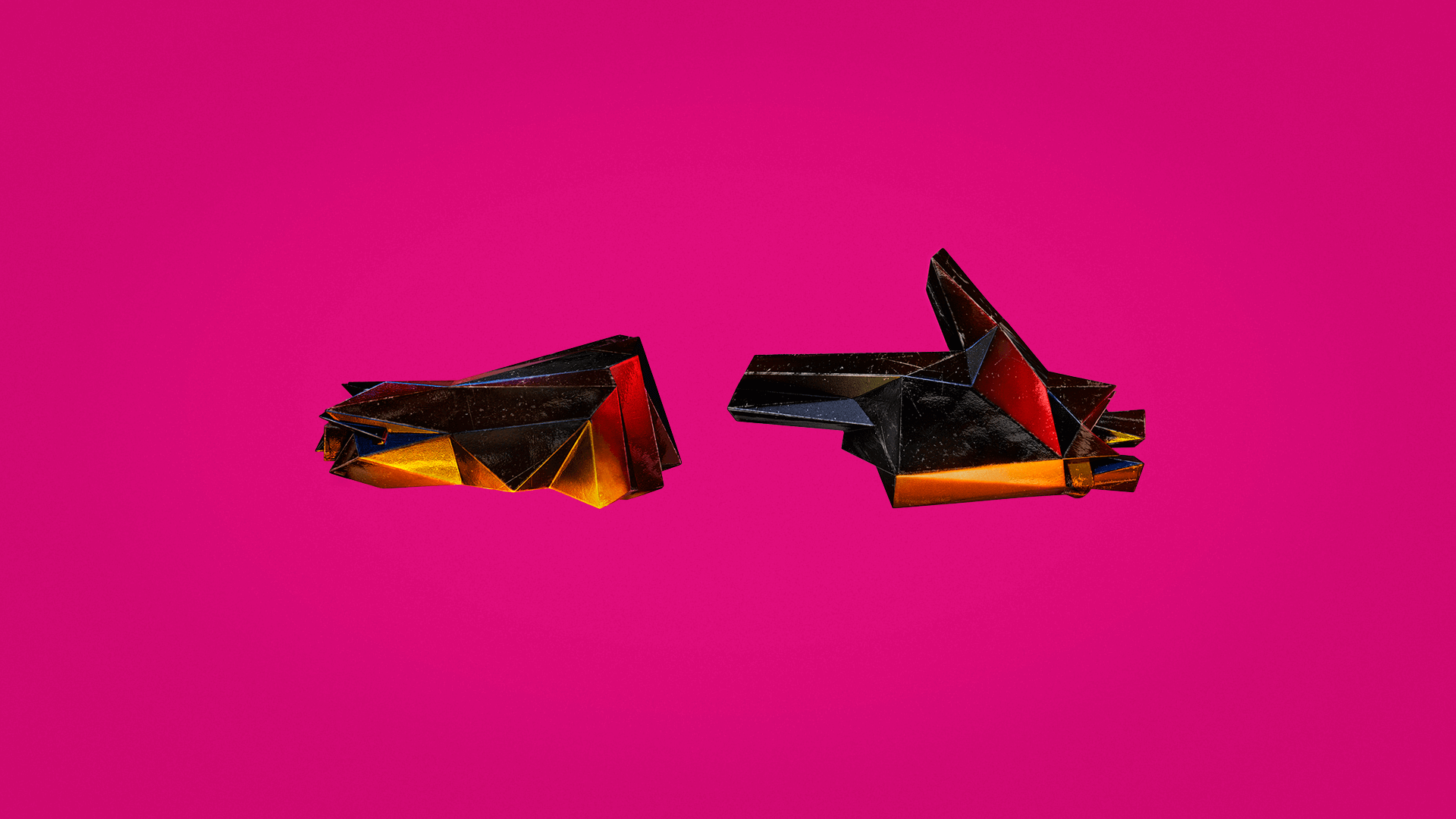 What's up bros and hoes, it's resident yacht-rock expert and boofing enthusiast Brett Kavanaugh! I moonlight as a Supreme Court judge too, but what I'm really into is keg stands and plugging cocaine in my butt. The guys at CultureBoof invited me to guest moderate their review of this band called "Run The Jewels" – and I couldn't be more excited to learn more about these gem enthusiasts myself. So without further ado, let's BOOF IT!

Brett: So guys, I listened to the album beforehand and I've gotta say, it has nothing to do with gems or boofing at all, you guys tricked me! Anyways, I really liked the song Walking in the Snow, the beats were epic and made me want to hit the squash court and smash some ass!

Brad: Thanks for that... uh... introduction Brett. I think you might have been missing the message a little bit if all you got out of that track was an elevated squash sesh. The lyrics of Walking in the Snow are dense and heavy, full of both overt and symbolic political themes. Let's look at this little bomb of wisdom from Killer Mike:

They promise education, but really they give you tests and scores
And they predictin' prison population by who scoring the lowest
And usually the lowest scores the poorest and they look like me
And everyday on evening news they feed you fear for free
And you so numb you watch the cops choke out a man like me
And 'til my voice goes from a shriek to whisper, "I can't breathe"

Nick: I love squash! It's prophetic that all this was written before Floyd's death. Yet it also drives the point home that this is not a one-off issue. Trump has always alluded to "its never been a better time to be black / woman / latino / gay / trans / dolphin / etc". He uses it as leverage for saying how hard it is to be a straight white male.  Trump's A-game is to weaponize equity.  This lyric kind of illustrates how it really isn't that great to be black.... Killer Mike doesn't have a crystal ball. He says "I cant breathe," because it happens in America. All the fucking time.

Brad: Exactly. I feel like if they had waited to release it would have potentially made them seem like opportunists– at least maybe to those who don't know RTJ– as if they'd manipulated the lyrics to reflect a current event. The reality is that the lyrics of this song are so pedestrian in terms of what black and brown people in America experience daily that this could describe the life of any person of color, on any given day over the last umpteen years.

Nick: Absolutely. I don't think the raps would carry the visceral gut-punch if they sat on it for long or if it came out in more peaceable time. Part of the intensity of RtJ4 is that it is a massive "I-told-ya-so."

Brad: It's also interesting because RTJ are no fools about how the system has created racial inequality using economics. Defunding education, red-lining, discriminatory lending, bail, the list is endless but you can't honestly look at any of the poor– and especially those of color– in this country, and think it was anything less than malicious indifference; and quite possibly, more likely intentional.

Nick: If you complain about certain bands getting too political, then you just suck as a fan, or have no ears. It's like saying: "I really like folk music, but what is with all the acoustic guitars?!"

Brad: I don't know how earnest it was but there was a meltdown on Twitter for some users who were not apparently aware of the political views of Rage Against the Machine. Which seems a bit fishy since... well... it's in the name, man. In any case, Zack de la Rocha makes an appearance on the track JU$T which sort of prompted that whole oddity. Which, lest we not distract from the true subject at hand; the track JU$T is fucking uh-may-zing.

You believe corporations runnin' marijuana? (How that happen? Ooh)
And your country gettin' ran by a casino owner (ooh)
Pedophiles sponsor all these fuckin' racist bastards (they do)
And I told you once befo' that you should kill your master (it's true)
Now that's the line that's probably gon' get my ass assassinated (yeah-yeah, yeah)

Brett: Well, i dunno about all this killing masters stuff. My first master, right out of Yale, was good old Kenny Starr. Showed me the ropes, damn near took down ol' Billy C... good times.

Brett: No, no, not true. He was only... you know how it is. I have a black friend. Me and Clarence boof justice all the time together– I'm the cream filling in his Oreo cookie, err, can we delete that last part? No?

Nick: There is something about De La Rocha's voice, and presence. He carries a lot of gravitas. De La Rocha can read his grocery list and incite people to burn down the supermarket. He fits really well with Run the Jewel's really attacking style. You know, one thing I really love about all these lyrics is that they aren't the least bit idealistic. They aren't preaching peace and togetherness and what could be, because that plainly not what it is about right now.

Brad: Man, what else to say about this track– like Mike says above, this one is trying to push the buttons of those in charge a bit, to put it mildly. This is the best RTJ album, I think it's safe to say for me, at this point.

Nick: Right now it is definitely my favourite, and the one I have binged on the most. I'm thrilled that I like each album more than their previous. From a production standpoint, it's outstanding. Almost literally the sounds of the last few weeks. The pulsing beats are the millions of feet marching their way down Main Street, the biting lyrics are the eloquent chants of the world demanding change, the angry vocal delivery is the frustration of a nation fed fucking up.

Brett: Sorry, I had to file a complaint with Starbucks' corporate, these kids don't even know who I AM. You know, I don't understand why these RTJ guys are so angry, aren't they rich?

Brad: I'm sure they are Brett, possibly richer than you even! What, the wealthy can't have a conscience, Brett? Maybe you could take some notes. Moving on, can we talk about Holy Calamafuck real quick?

Brett: I fucked a camel once.

Brad: OK. First off this track was pretty neat with the drastic shift in sound a little before the 2 minute mark. For me this is probably some of the tightest rapping and most fun lyrics on the whole album. Mike takes some well-placed shots at trap music and the whole verse is just really neatly syncopated.

Nick:  Oh hell yea. I love that breakdown. It provides one of the few spacious moments of the record. Kind of a nice breather in an otherwise very musically dense album.

Brett: Dude-bros, you really ruined this album for me. I'm calling my buddies PJ, Squee, and Tobin and we're going to go see who can shoot the best round of golf on a head full of quaaludes. Thanks for nothing assholes!

Brad: Sorry Brett... and by sorry I guess I mean sorry you had to face reality. Personally, I loved this album, and as said earlier I think this is their best work so far. I think this album will go down as one of the first great albums of the 20's. I didn't bookmark a single song from this album yet, and it's not because none are worthy; it's because I know I won't be forgetting this album any time soon. The music is amazing, the lyrical content is a beautiful and tragic snapshot of our small, yet significant slice of history.

Nick: It will absolutely be an iconic album. For better or worse, it will be impossible to extricate it from the times. The reason I say "for worse" is because, even not taking into account the external world events, this album is impeccably produced and exquisitely delivered; this is an amazing album despite its historical significance.

But, that significance of RtJ4 is what seers into you as a listener. Honestly, I can't think of an album in my life that just perfectly captures the zeitgeist of its times. A forty minute university-level lecture on just how fucked 2020 has been.

See you at the Ralph Club.