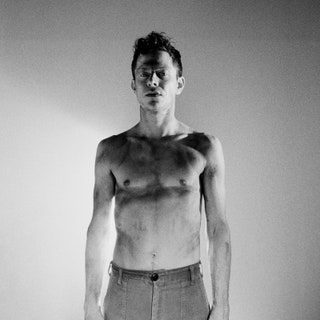 I have to be honest, I never really got into Perfume Genius.  I found him a little over-the-top, and artsy fartsy, and his musicality was shrouded by his caricature.  I was finally able to listen to Set My Heart On Fire Immediately, and was shocked at what a beautifully complete album Perfume Genius was able to create.

Mike Hadreas (AKA Perfume Genius) has had a pretty heavy life.  He is gay.  Very gay.  And, has been physically, mentally, and emotionally victimized because of it.  He has also had issues with substance abuse, body image, violence, depression, and isolation.  Hadreas speaks abstractly and hip, dabbles in interpretive dance, and posts weird-ass videos on his Twitter page.  While these parts make him relatable, the sum makes Hadreas a bit over our head...or at least mine.  For me to really enjoy this album, I had to reconcile some emotionally burdensome lyrics, and focus my attention to Set My Heart On Fire Immediately's pastoral elegance.

The production on Set My Heart on Fire Immediately is stunning. Hadreas employed coveted producer Blake Mills (who worked with Hadreas on his watershed album "No Shape") and a cast of accomplished musicians to create a dense and textural record.  He employs a litany of instruments to give Set My Heart on Fire Immediately a sound as brimming as his personality.  He also uses his voice as an instrument as he ascends into falsetto before wilting into low gravelly growls; his vocal range is second to none.

Hadreas confidently navigates through multiple musical ideas on this sonically lush album; sometimes within the same song.  However, Set My Heart on Fire Immediately doesn't come off as unfocused or clumsy, but rather very much the opposite.  These ideas still flow into one central musical theme; held together by the razor sharp production and cohesive bedrock.  The wide array of strings, brass, and woodwinds stably carry each musical transition with ease and connection.

All in all, Set my Heart on Fire Immediately is a gorgeous record that notes the continuing maturation of Perfume Genius.