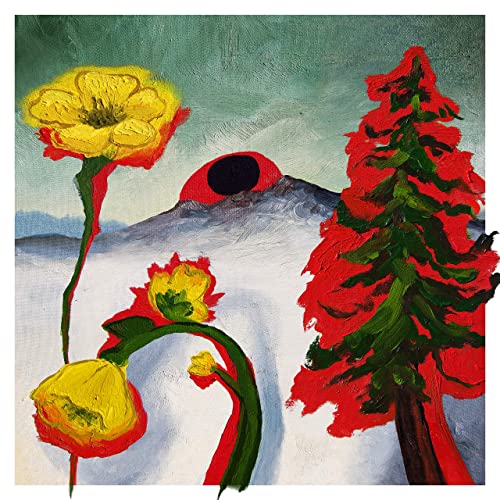 Throughout the 2010's there have been few bands that have had as consistently good output as the Brooklyn based psych folk outfit, Woods.  Since their inception, they have dazzled psych fans with easily palatable ethereal gems.  After a two and a half year break (short for most bands, but a lengthy hiatus for Woods), they returned to the scene with Strange to Explain; a new album that explores new ideas, yet still anchored by their overarching aesthetic.

Woods has been relatively quiet as of late.  After several years of annual (or close to) releases,  their last album Love is Love, came out shortly after, and in response to, the 2016 Presidential election.  While the sentiment was something that most of us can agree with, the result was rushed and trite...right down to its title.  Woods used the time off to both get back to their root formula of freak folk, as well as add some new tricks...namely the use of a mellotron effect that is omnipresent throughout the album.

While it may not able to live up to the highest echelons of Woods' unbelievably strong catalog, make no mistake; Strange to Explain is a damn fine album, featuring most of the tenets that has made Woods such an engaging band for over a decade.  The songs are held together in typical fashion by Jeremy Earl's mesmerizing voice.   Musically, Strange to Explain is lively and vibrant. Woods uses lots of effects and layering to give their songs extra depth, but do so with plenty of tact; the songs are well crafted, and do not come off as the least bit busy or crowded.  The atmospheric effects work with the bands folk base in smooth auditory tandem.  In a genre where bands have a tendency to overdo it, Woods does an excellent job blending the sprawling psychedelia with the rootsy folk with the precision and delicacy of a hip Brooklyn mixologist, creating a complex drink that highlights all its nuanced flavours.

Album Grade:  Really good, but check out their other stuff, too.