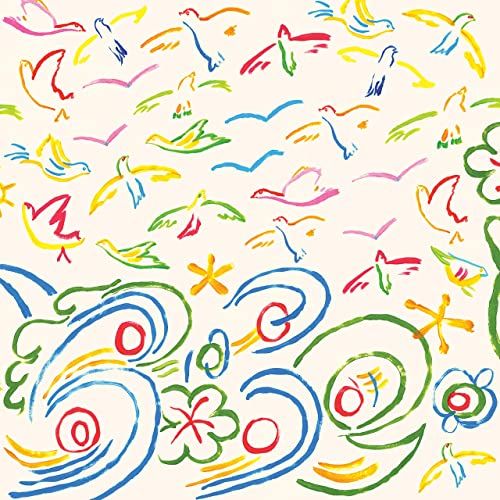 It is no deeply kept secret that Australia is one of, if not THE, premier hotbeds for the new psychedelic music scene.  Following the breakout success of the Australian weirdo Kevin Parker's now famous Tame Impala project, The Land Down Under has churned out one mind-bending act after another, perching itself on top of the prankster pyramid, and further solidified with meteoric rise of chameleon rockers King Gizzard and the Lizard Wizard.  As the years rolled on several other bands took their "land of Oz" sound to psych success, the most recent being Babe Rainbow.  After a few decent, albeit unfocused albums, Babe Rainbow have released their most narrative and mature album to date, the surfadelic vibe that is Changing Colours.

Changing Colours is a breezy, windswept antithesis to the chaos that is often King Gizzard.  "Zeitgeist," Changing Colours' first single, opens the album with a lush, folky calmness that carries itself throughout the entire record.  The album offers a dreamy and fluid cohesiveness, unrolling like a Laurel Canyon classic.  Rather than busy distortion, Babe Rainbow employs soft-edged guitars with serene textural swells, making Changing Colours more accessible for the casual psych rock fan.   Unpretentious and easygoing surf rock tunes like "Smile" flutter languidly through the air like the unhurried waves of the Byron Bay shore. "Rainbow Rock," Changing Colours' loudest tune, is little more than a lightly fuzzed out boogie shuffle; it really is a delightfully laid-back record.

Having germinated from garage-rock, psych-rock records oft highlight an absence of aural connectedness; the outlier of course being King Gizzard who historically experimented with different themes with each album.  One of the finest aspects of Babe Rainbow's latest work is its near-perfect continuity.  The record's low impact beach vibes threads itself consistently from first note to last. While fans of scuzzier and proggier psych may find Changing Colours a bit lacking or mundane, the ethereal aesthetic offers a welcome point of differentiation within the scene.

Changing Colours is a perfect summer record, and will pair well with all the sun-kissed backyard barbecues and window-down road-trips down a low-trafficked highway.  A psych record that doesn't ask much of its listener, outside of a good time and a beach chair to lounge and experience the golden sonic sunset.